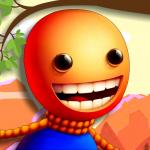 Kill The Buddy is fun arcade parody game which is playable on Gogy funny games. The rules of the game is simple. You just need to get the piano on the Buddy's head and the job is done. Play around and have fun.

Explode, destroy, fire, shoot, smash, freeze, toss, send the power of the Gods and don't even think about stopping. You now have a virtually limitless arsenal to beat: rockets, grenades, automatic rifles, and even a nuclear bomb! Do you want to beat the boss, or maybe slap and bash the ragdoll? Want to smash all around you in this destroying game? Want more kicks?

Introduce this game to your friends and invite your friends to join the game now. Why don't you experience adding some other interesting game genres like Super Ninja Adventure at http://gogy3.xyz/.

Mouse or tap to play.