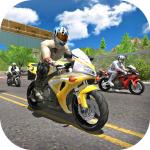 Motorbike Racer 3D is an adventurous motorcycle racing game in new games of motorbike racing by Best Free Games. Bike racing fans will love motorbike riding on sports bike simulators in a fun games. The press start button of the superbike to start the engine. Hit the gas button and go on an adventure on Extreme Bike. Experience the thrill of Motorbike Racing in Bike racing game. Enjoy 3D bike racing game and be an xtreme bike rider. Perform insane stunt actions on Extreme Stunt Bike. Compete with elite riders in motorbike simulator as a bike racer on Gogy.xyz.

Take the chance to give more games like Taxi City a try to find out other exciting games that can be added to your cart.

USE W,A,S,D for player movement, use shift for Nos.

Use space for handbrake.